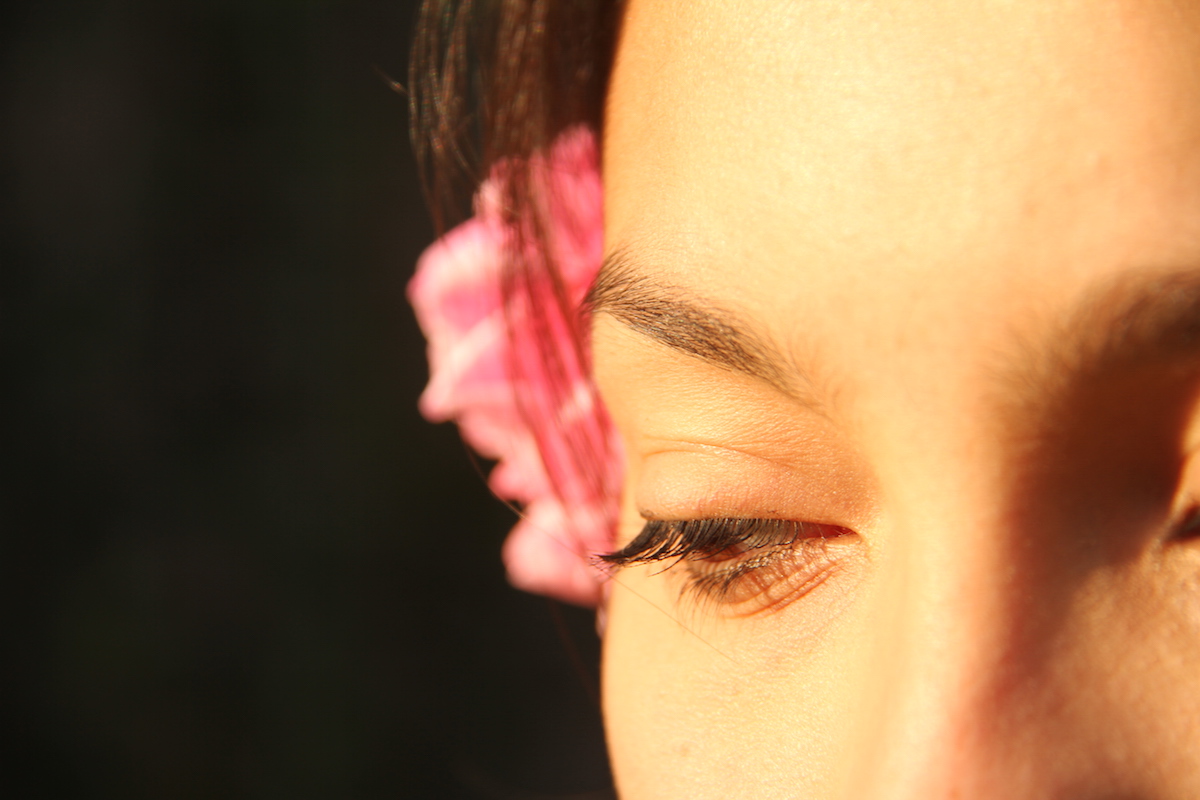 Beingness (ˈbiːɪŋnəs), n
the state of being or existing

I think I was in sixth grade and about 11 years old. In class, we had the topic of migration. I don’t remember what we discussed, but I know that this was the first time I realised that I have a migrant background.

I had always known that many people move between countries, just like my family did due to my father’s profession. I had not been aware of borders in my childhood, even though I knew that countries have different names. I knew that, unlike the rest of the family, my mother always needed to go to the embassy to get a visa. I knew that, as a German it was easier for us than for her, an Indonesian, to travel to other countries. My mother kept reminding us that we are very lucky with our nationality.

I had not been aware of borders in my childhood, even though I knew that countries have different names.

When any of my classmates abroad asked me where I came from, I always said I’m German. For me that was my simplest explanation of who I was, although I had never lived in Germany before.

Then, I came to Germany at the age of nine. My memories from this period aren’t happy. The winter weather was dark and cold. I did not understand what the teachers said and the other children whispered when I was around. The school system, the weather, the people – everything I was used to – was different. During the first days in elementary school I spent the school breaks alone. The first child who spoke to me was Ariel. I remember her name because of The Little Mermaid, which was one of my favourite Disney movies. She introduced herself with her name, adding that she was a gypsy and if I would like to, I could join her and her cousins and play. I did not know what gypsy meant, and I did not care since now I had a friend who shared the same story that I did. The other children did not talk to us, and when we got close to them, they said that they did not want to play with us.

When I just came to Germany I never doubted that people’s behaviour towards me was due to my “difference”.

Despite these experiences, when I just came to Germany I never doubted that people’s behaviour towards me was due to my “difference”. I do not know why but somehow, I thought the reason was my ignorance and the language barrier (which might have been a reason as well). Not my migration background.

Nowadays, every time I meet new people – and I meet a lot of people because I travel a lot and I am an active volunteer – it is almost always the same procedure.

– What is your name?
– Rachel.
– Where are you from?
– I am German.
– Yeah, but I mean, where are you from [gesticulating with hands towards my face and body]? You do not (really) look German.
– My mother is Indonesian.

And there it is. This “Germanness” or “German appearance”. It is a certain idea of what people think a German should be and expect you to conform with. I know that many people do not mean to be rude. They are curious, and since I am rich in origin, I think people need a certain kind of categorisation, a certain set of images, to be able to assess me. I have been thought to be Turkish, Moroccan, Egyptian, Colombian, Argentinian, Thai, Filipino, Spanish and Portuguese – but never immediately German. And then people are surprised when I reveal myself.

I have been thought to be Turkish, Moroccan, Egyptian, Colombian, Argentinian, Thai, Filipino, Spanish and Portuguese – but never immediately German.

I am not sure whether I should feel sad or even proud about this. A friend once told me that, due to my appearance I could be anything I want to be. But if I decide to be German, I will always be questioned.

These constant questions related to my “Germanness” have meant that sometimes I doubt if I am really German. Why can’t I just be German without having to justify myself? Why is it necessary to search for differences, for example in my looks or the accent in my fluent German? Why are so many people satisfied only when I present myself as German-Indonesian? Yes, my roots are both German and Indonesian and I am proud of it. I feel more connected to many Indonesian codes of conduct than German ones, and in my opinion, Indonesian food is just way better than German. And yet German is the national identity I can identify with most. I think everyone who describe themselves as German are individuals and differ from each other, but we all have a common ground to identify as German. Why is it not enough that I feel attached to this “Germanness”, which sometimes makes me sad, sometimes angry and sometimes gives me doubts?

Why can’t I just be German without having to justify myself?

Once in school, the biology teacher asked what a child would look like if the father was dark-skinned and the mother light-skinned. One of the boys answered: the child would either be black or white. I told the rest of the class that the child would be mixed.

For me, being German is not being blond and blue-eyed, not beer and sausage, not Hochdeutsch or Swabian. It is also everything in between: black, brown or red hair; green, grey or brown eyes; kebab, pizza, injera, patatas and salsa; ayran and vodka, tea and coffee; Turkish, Kurdish, Russian and Vietnamese. I cannot describe all the “non-German” things that are also German. I think the general conception of “Germanness” is still rooted in the idea of a common descent. But what about people like me? Are people like me – including those who have no German ancestors, but took their first breath or lived for many years in this country – not German? What would Germany look like without these so-called non-Germans, Ausländer? I just cannot imagine it, and I do not want to  because everything we see, hear, smell or taste in this place would simply not exist.

This beautiful country is rich in migration and full of variations, like a rainbow with many shades of colour. For this reason I am very proud to be German. I am German, with many faces. It is somehow a hate-and-love relationship with my country and my own identity. Yet, it is predominantly love, because without these sometimes-hurtful opposites, Germany would not be what it is today. A friend once said in a conversation that “the identity is in the lack and the mix of it”, and this sentence touched me.

I am German, with many faces.

Now, this may sound as if people should not ask about my origins because it might hurt me. No, that is not my intention, even though it may annoy me sometimes. On the contrary, I am very proud to tell my story. Through the different colours of my identity, I might be able to comprehend other people and their circumstances better. I have met many people who go through life with a narrow-minded view, finding it difficult to accept others’ opinions and lifestyles, looking at the world through a fixed lens and see stereotypes, not wanting to understand that there are different options in between. Yes, there is sometimes black and white – but in between there are many other shades of colours. Just like being German, an identification which cannot be put into one sentence because it is beyond one human being’s single identity.