Wejhat is a website created by the participants and trainers of a series of workshops organised in 2017 and 2018, in the Lebanese town of Zahle, in Berlin in Germany and in Lyon in France. Participants came from all three countries and had a range of different experiences on working with journalism and/or refugees and migration. The three workshops, which brought together the same participants, aimed to give journalists and people working with migration and refugees a chance to reflect upon their own work and seek out new ways to better represent and portray these issues in the media.

The articles published on Wejhat were produced during the workshop, and represent the thought processes and personal developments of the workshop participants, and their work with creating better and more diverse journalism.

Below is the call for contributions for the initial workshop series; Mashallah News, Tabadol and Bapob will organise a consecutive round of workshops on the same theme during summer and autumn 2018. 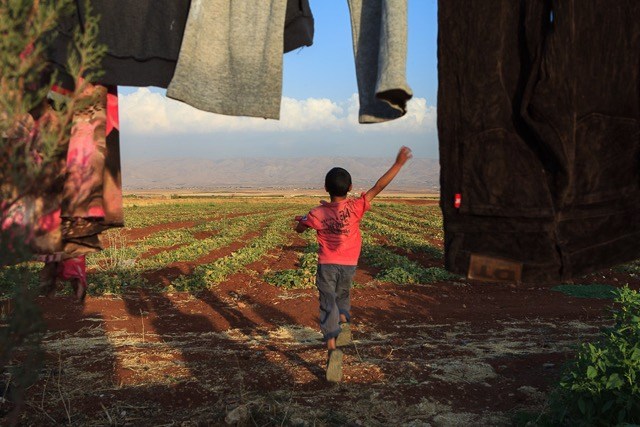 We invite journalists between 18 and 30 years old, living in Lebanon, Germany and France, to collaborate in a media project on cultural diversity and social justice. This workshop, which will be held on three occasions, one in each country, aims to:

Anyone aged 18-30 with an experience in journalism or the media, who speaks Arabic, French or German.

How does it work?

There will be three exchanges with the same participants: the first in Lebanon, the second in Germany and the third in France. During these workshops participants will share experiences and get to know the situation for refugees in each of the three countries. Sessions will be given by the organisers and local partners, and there will be collaborative content production. Trainers and participants will live together during the workshops, to make the most out of each exchange.

This training is based on the concept of participatory education, where each person taking part becomes more aware of his or her role as an actor in society. The idea is to produce better, more locally connected and diverse journalism.

Each of the three workshops will put the participating journalists from Lebanon, Germany and France at the centre, both in terms of creating content and producing knowledge. Through sharing experiences, both personal and professional, and through learning from actors working in each of the three locations, we will seek out new and more inclusive ways of reporting on refugees and migration. There will be collaborative sessions on the political and social contexts of each country, exercises on how to pick news angles and working in different local contexts, and sessions with visiting organisations and people whose work relates to refugees and migration. All three languages (Arabic, German and French) will be used during the workshops, and translation will be provided by the organisers.

Bapob is a German youth exchange organisation focusing on intercultural and civic education. Bapob has organised  international meetups and workshops since 1980, with the goal to encourage independent and critical thinking and intercultural learning

Tabadol is a French association working to act against exclusion and discrimination. Through looking at identity formation and cross-border relationship building, Tabadol seeks to promote critical thinking and deconstruct biases and stereotypes.

Mashallah News is a collaborative online media platform covering the Arab world, Turkey and Iran, with an editorial base in Beirut and contributors living across the region. Since the start in 2010, the team has produced stories on culture, society and everyday life, published a book on Beirut, and organised or taken part in several cross-border media collaborations. Mashallah News is organising this workshop in collaboration with FRAME.